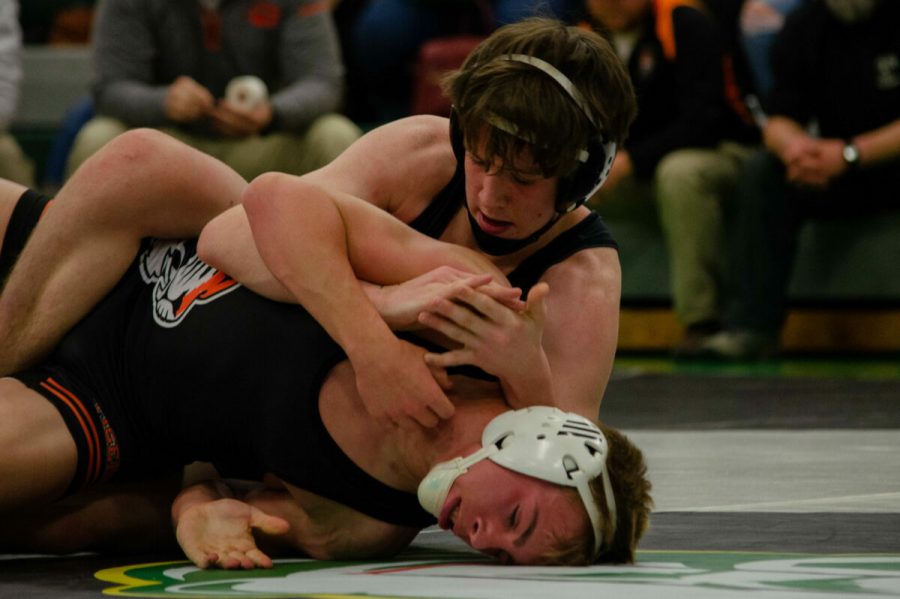 The night started with girls’ wrestling and continued with the RBHS boys going against the Tolton boys. The order of the matches is organized through weight classes. The fourth match of the night proved to be a challenge for junior Raymond Foster. After a drawn out face off, he was able to defeat his opponent and help the Bruins win against Tolton with an overall score of 48-30. The wrestling team holds high expectations for the season, and plan to work hard in order to perform well.

“As a wrestler, this year I am looking to constantly improve as an individual and work hard in practice to help my teammates improve as well,” Foster said,“My goal is to be the best I can possibly be, and that starts in the practice room working with coaches and teammates.”

After a thirty minute break, the Bruins competed against the Kirksville Tigers, making for some of the most electric matches of the night. Sophomore Owen Twaddle managed to pull off a victory and receiving thunderous cheers from the RBHS student section. The night ended with three Kirksville wins in a row, including a heartbreaking loss for senior Will Bower and a controversial referee call against sophomore Omari Simmons, which cost him the game. The team could not recover and fell to the Tigers with a final score of 30-48.

Despite what can be considered a disappointing performance, Bower stays hopeful and committed.