Fear of the unknown causes unease 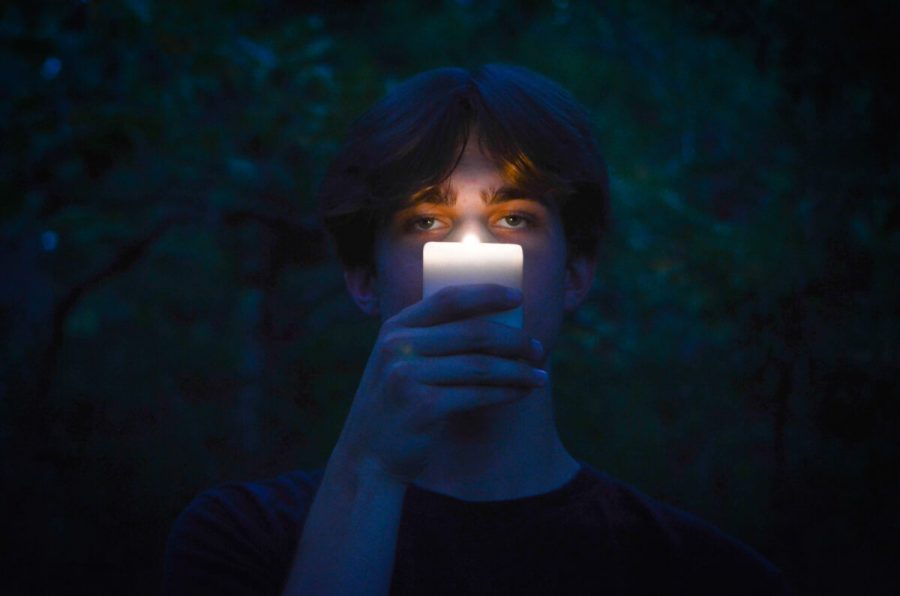 I’ve found that I gravitate to Capen Rock Park for my photography. The pine trees’ hulking stature has a way of making me feel small; they seem to go on forever. During sunset, light streams through the few holes in the dense foliage, illuminating the rocky path below. Often while hiking I found myself bathing in sunlight one minute and being submerged in darkness the next. The juxtaposition is eerie, the nosedive into oblivion haunting.

I used an International Organization of Standardization (ISO) of 1,000. The International Organization of Standardization is the main body that standardizes light sensitivity in photography. ISO dictates how much light the camera lets in, so a higher ISO also lends itself to grainier photos. As the ISO makes the details in the image brighter, it will also make small discrepancies in the picture more visible.

I shot with an aperture of f/1.4. Aperture is how much the camera lens opens, it works the same way eyes work: as the eye moves between light and dark environments, one’s pupil either expands or contracts to adjust to the brightness. Aperture also changes depth of field. A low f-number will make the background blurry but the subject focused, while a high f-number will make both the foreground and the background of the photo focused. The narrow depth of field was efficient for my photo. The trees behind the subject are so blurred and dark that it is difficult for the viewer to discern what they look like.

I chose Capen Rock Park because of its lush foliage, but also because of how chilling a forest at night can be, the idea of what can be shrouded in darkness, just out of sight, is inherently ominous. That primal fear and discomfort with the unknown is what I attempted to capture, and is what characterizes oblivion in the photo.

What location makes you feel small? Let us know in the comments below.