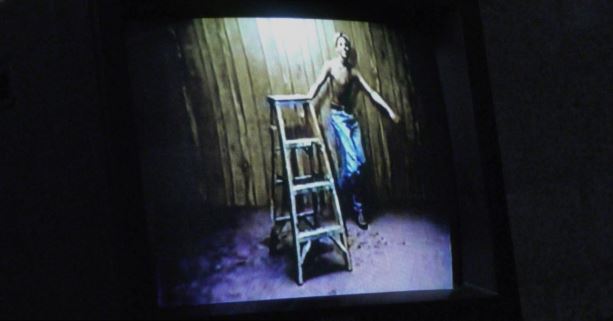 As the name may suggest, ‘Tequila 62’ is a collection of four short films that targeted a more adult audience. The shorts held nothing back in showing or describing explicit moments. If one can get past the racy themes, then the line of works by directors Charlie Lyne, Darius Clark Monroe, Alison Nguyen and Inés Moldavsky are an efficient way to get a view into the documentary genre.
‘Lasting Marks’ – Charlie Lyne
Director Charlie Lyne takes an unconventional approach to filmmaking in ‘Lasting Marks.’ The story follows one of the most publicized court cases in United Kingdom history. 15 homosexual men were convicted for creating a sexual network that utilized pain in their pleasure. It sparked a worldwide debate over whether the government should have the right to control consensual intercourse in any form.
It is revealed as the storyline progresses that the narrator himself is one of the convicted gay men explaining his experiences. His perspective was incredibly insightful, but in a film over a subject that most modern Americans never learned about or remember, it felt biased. This concern, however, was meet with the documentation of visual aids. Instead of recording any real world footage, the visual is entirely newspapers and court filings that chronologically follow the narrator, and in some cases disagree with him. Overall, the film is intense and engaging.
‘Black 14’ – Darius Clark Monroe
‘Black 14’ could very well be straight out of a dystopian novel. In 1969, 14 African American men were kicked off the University of Wyoming football team after they wore black armbands in solidarity against racial injustice. The response of the town as told through newsreels was nothing short of disheartening.
Citizens showed their mass support for coach Eaton’s decision to remove the players with the “Eaton for Mayor” movement. Despite not actually running for office, many people in the town found it a clever way to demonstrate support. They wore hats, armbands and pins decorated with the slogan or a similar message. Watching from a standpoint in 2019, much of what they supported did not age well. Yet, some of their points still find merit among many people today. I have heard multiple individuals argue the importance of discipline and restricting the usage of free speech in protest.
‘every dog has its day’ – Alison Nguyen
Director Alison Nguyen’s ‘every dog has its day’ is undoubtedly the most confusing film of the entire fest. Lacking any sort of text or narration, the viewer is left to their own devices to uncover the point of the piece. The confusion, in a very backwards way, made a great talking point among my friends.. Interpreting the various symbolism shown throughout this short forced the audience to engage with the film unlike any other.
‘The Men Behind the Wall’ – Inés Moldavsky
‘The Men Behind the Wall’ makes one follow Jim Valvano’s steps: laugh, cry and think. The short begins as a story of the online hookup culture between Palestinians and Israelis. People young and old communicate through apps and phone calls as they look for sex and love. It provides an intimate and hilarious look into relationships that an audience cannot help but relate to.
There is a tone shift as the significance of loving someone from a state that is warring with your own begins to be addressed. At one point an Israeli woman locks eyes with her boyfriend and asks in pain, “Are you afraid of me?” The propaganda pushed by their countries, societies and families had the capability of interfering with their heart’s desires.
This conclusion compels one to wonder what life may be like without borders.
What did you think of ‘Tequila 62?’ Let us know in the comments below!