Kids serve as interpreters for parents 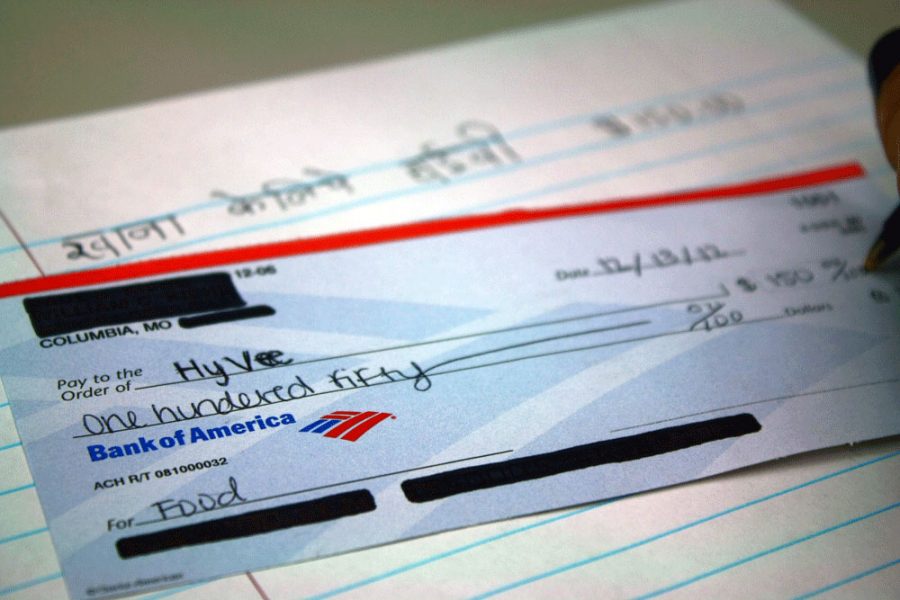 Students who help translate for their parents have many responsiblities, one of them being filling out checks in English. Parents sign the check after the child fills out the check, making it legal tender. Photo by Paige Kiehl.