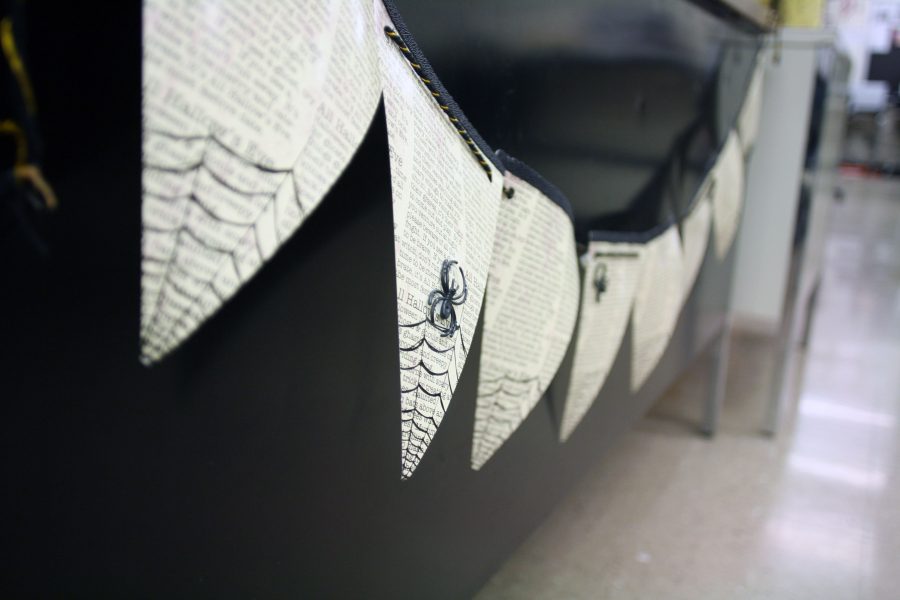 “A couple years ago I went to my friend’s house with a few other friends and we didn’t really have a theme. We just kind of went as whatever. I went as a ladybug and my friend was a tardis but she looked like dorothy. She also looked like she had a bunch of windows—because the Tardis has windows—so we called her Sir-dorothy-tardis-butt.” —Savannah Wittman, sophomore

“When I was young, in Korea, there was like an English Academy so we knocked on the door and they gave me a bunch of chocolates. Then [my friend] and I ate them, but I had a stomach after that. After Halloween, I wanted to travel to a different country but I couldn’t because of my stomach. It was horrible but it’s my favorite and most impressive memory.” —Yul Shin, sophomore

“I was trick or treating at my neighbor’s house and he let his dog out, who was like a foot taller than me and I was freaked out. It was a long time ago … I was like a solid five years old.” —Garrett Pangborn, senior

“I was in elementary school and I dressed up as Benjamin Franklin and I had these fake teeth. They really hurt. They hurt very very bad but I was persistent, I made sure I wore them the entire time I was trick-or-treating. But it poured down rain and I had this wig and extra spray hair color. It poured so I got drenched, so all of this white and gray covered my face and all of my clothes. It was miserable but I thought it was really fun until the end of the night when I realized this was absolutely miserable. My brother went trick-or-treating and I was Benjamin Franklin with fake teeth and it rained.” —Patrick Sullivan, teacher

“[My friend’s] house was this huge three story white—it looked like a haunted house like perfect—house.Well I saw a green goblin ghost. Of course I was impressionable, I was seven. But for a long time I swore to people I really did see a ghost with an orange sweater on the top floor of [my friend’s] attic.” Did you see it? “Now I don’t know anymore.” —Michael McGinty, teacher