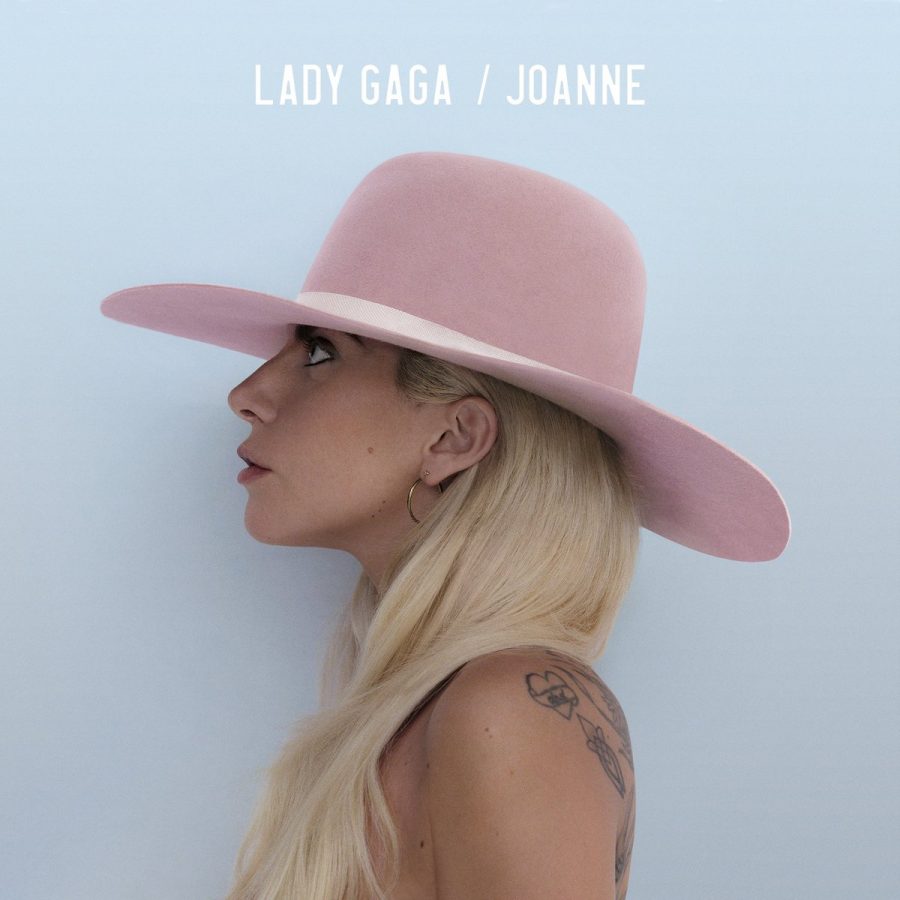 “I want your everything as long as it’s free”—right there, in her most successful single ‘Bad Romance’, Lady Gaga nailed the eternal idea of pop music.
In three minutes the song makes you feel immortal, like the ultimate person. You stand at the edge, but know you won’t tumble over. It was a proposition Gaga tested with ever-more gusto until the safety harness snapped for 2013’s Artpop, where each songs seemed to have six different choruses and 42 layers of synthesizer and zero filter on it’s lyrics. Suddenly, the listener felt implicated; the rush became lurid; the sum was no longer the same exciting party shot that Gaga had once been.
Gaga then retreated into tribute performances and an incredibly absurd jazz album with Tony Bennett, resulting finally in her new album Joanne, a self-described return to pop “without makeup.” Although she used to be among one of the most famous singers alive, most people wouldn’t have been able to identify her in plain clothes. Now she sits unadorned on her new album cover, allowing her natural body to be the imagery for a wacky trip through the land of little monsters.
Decent move, PR-wise, making fans think that the cover shows a return to form, but in truth the cover couldn’t be farther from a summary of the new music. Lady Gaga has overcorrected and hired a team with more gimmicks than guts, resulting in a “personal” album that—while often enjoyable—seems like it’s trying to hide its personality.
The majority of the album is stuck in the middle zone, seemingly out of a misguided attempt at showing maturity. The somehow uneasy ballads “Million Reasons” and “Joanne” might have been exceptional if Gaga excelled at the small and specific nuances like Taylor Swift does. But whether eulogizing an aunt she never knew or considering a wrenching breakup, she reaches for generic language (she quite literally sings about angels gone to heaven on both songs.) If the music cracked open to highlight the mythic scale of her words, that’d be one thing. It’s just too obvious she’s holding back or, rather, is trying so hard to push forward, that she falls back into old bad habits.
Sometimes, the album nearly lives up to the gonzo promise of that description. There’s the opener “Diamond Heart,” which begins in Neil Young mode—electric piano, Gaga with a high and delicate drawl—and moves to a tumbling-then-rising chorus like that of Springsteen. With that song and others respectively on the album, the grain of her voice is strikingly textured, a pushback in the era of auto tune. Lead single, “Perfect Illusion”, instills an effective overview of cocaine’s effects; its poor chart performance in the face of immense catchiness owes to its bravely abrasive melding of genres. The shimmying “A-YO” will go into immediate rotation at Coyote Ugly. Most tantalizingly, the nonsense chorus of “John Wayne” offers a glimpse into what Joanne could have been had Gaga taken her old robo-Slavic-hedonist shtick to the Wild West. When she screams “go FASTER!” in the song’s intro, it’s one of the album’s few examples of Gaga doing what Gaga got famous for: glorifying the extreme.
Even more frustrating is the fate of the album’s closer, “Angel Down,” which reportedly was the first song that Gaga and her longtime producer RedOne presented to legendary producer and artist Mark Ronson. The bonus tracks for the deluxe version include the song’s demo, and it is by far the best product of this Gaga era: just piano and guitars as Gaga sings a winding melody with increasing abandon, to the point where she’s screaming the final chorus. On the Ronson version that made the album, though, the song has become strangely mannered, gilded in harps and forfeiting the original’s searing vocals. It’s an odd treatment for lyrics that, Gaga says, were inspired by Trayvon Martin’s death. And it’s a clear demonstration that the stripped-down and personal Gaga could have given a lot more than Joanne does.
Even the deluxe version of the album that came out Oct. 24 completely lacks anything to merit multiple listens or intense thinking on the subject matter. The lone fully produced cut from the album, “Nothing Can Happen”, serves as another anecdote in the history of terrible last minute additions to deluxe versions. If anything, the live sessions on the deluxe version serve as just a continuation of everything keeping Joanne from being great. The unenergetic, uninspired versions of later productions go to show that even underground flavorings can’t make up for poor songwriting.