Fashion: From Quality to Quantity 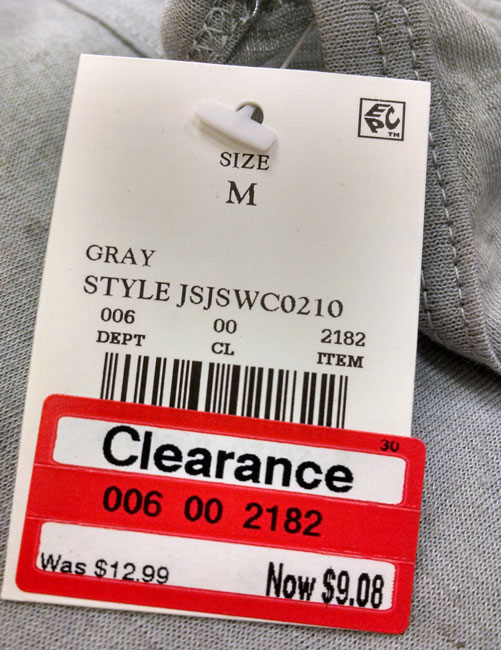 As Grace Kirk, a sophomore, gets ready for school, she looks through her closet for something to wear. Nothing looks good. She has this issue often, as clothes look good one day and bad the next. This causes her to buy lots of clothes often, which can be frustrating, and according to Goodtherapy.com, 73% of women age 21 to 64 share the desire to shop for clothes at least every few months. Many people, women in particular, desire an endless wardrobe of clothes, which can help express individuality differently every day.
Throughout history, a person’s clothes have been an indication of who they are. Occupation, personality, social class, and many other aspects are reflected in the way someone dresses, and it has always been that way. But with the changing of the fashion industry, options have broadened, for people to show who they truly are.
This is all the result of fast fashion, the quickly changing, yet widely available spectrum of options that fashion has become. In past centuries, clothes were handmade and few items were owned by the ordinary person. Now, according to Treehugger.com, labor productivity in the U.S. manufacturing and textile industry has more than doubled from 1987 to 2010. This change in the industry that is still occurring, has made clothing very accessible, making it easier to express individuality.
In the era of the French revolution, Marie Antoinette was known for her custom-made, extravagant dresses. Her fashions included rare stones and expensive dyes and fabrics, among other luxuries. According to the Digital World History Project, there was an obvious distinction between Antoinette and the rest of France, something that is different from today’s society. In the 21st Century, consumers can easily purchase an entire outfit, including shoes for less than $20. It doesn’t take as much money to get a nice outfit, but because of the low prices, people are expected to have more.
“You can’t wear the same thing two days in a row because people will notice,” Kirk said, “so you have to conform to society, which sucks. It would be easier to not worry as much about my appearance.”
Because of the mentality to own lots of clothes and get rid of them more often than ever to keep up with the changing world, quality, along with price, has decreased greatly as technology took over, rather than individual construction of clothes. Materials such as acrylic, polyester and rayon have replaced wool, cashmere and silk, leaving consumers with pieces that stretch out of shape, shrink, pill up, and tear apart at the seams. This creates the continuous cycle of clothes being purchased, worn a few times and removed from a person’s wardrobe. According to Forbes, in the 1930’s, the average woman owned nine outfits, compared to today’s 30 and the average American family spends $1,700 a year on clothes, showing that quantity is the new focus. Quality has turned into quantity, and something popular one day won’t be the next.
“I feel like one moment, something might be nice,” sophomore Isabel Gompper said, “but something new always comes around to replace it. Right now, people like the big lips and over exaggerated makeup but that will probably pass soon.”
Because of how often trends change, clothes are often given away to keep up with this cycle. According to the Huffington Post, something trendy ends up being trashy the next day and new clothes are purchased to make up for that loss. This is why people generally aren’t willing to spend much on clothing. They’re purchased so often that most would rather buy more, lower quality pieces because they’re cheaper, than splurge on a higher quality item. But just because something is brand name, that doesn’t mean it’s truly better.
“Sometimes maybe brand name things are worth the price because they’re trying to uphold the standard,” sophomore Jillian Vessell said, “but a lot of the time, it’s pointless. Maybe shoes would be worth it because they are something you’ll wear a lot, but something like a t-shirt I wouldn’t pay extra for.”
All of this goes to show that the fashion industry is different than it had ever been before, changing the consumers’ mindsets. It all boils down to the fact that quality is being replaced with quantity, causing the desire for more clothes to keep up with the quickly changing world, and throwing quality out the window because it’s seen as more important to have more clothes. The way the industry is now is different than how it was even fifty years ago.
“It can be hard to keep up with clothes and shopping,” Kirk admits. “People always want more clothes and never are really happy with what they have. That’s just the way things are.”