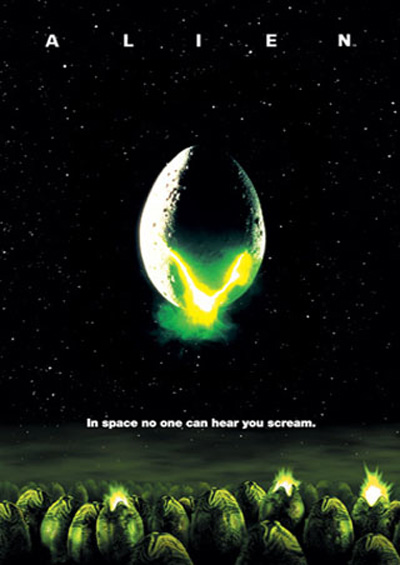 Released in 1979, Alien is a science fiction horror movie. Movie Poster used under the Ferry Use Doctrine.