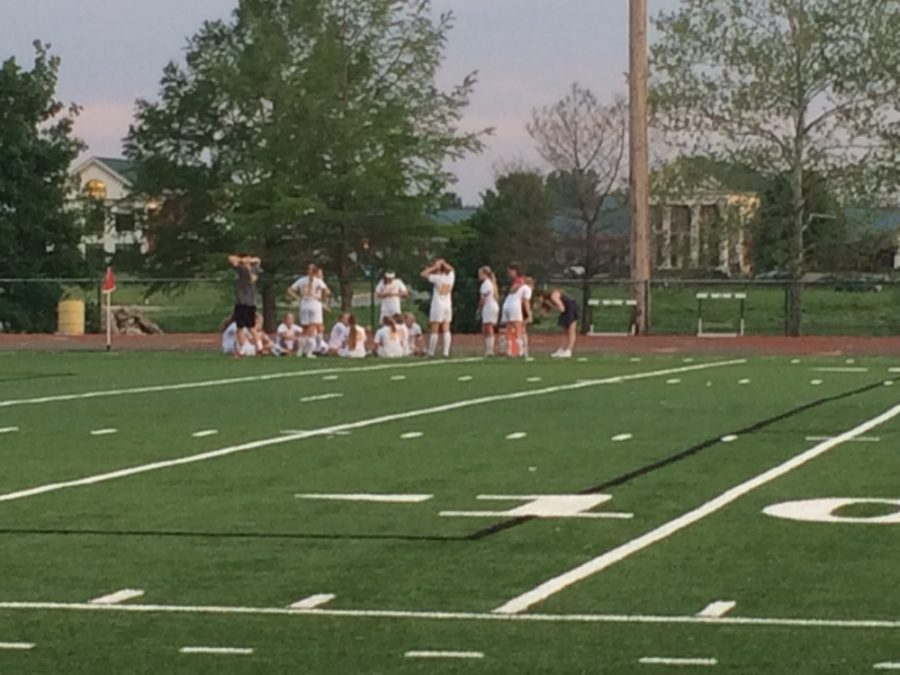 Dropping to 5-2 on the season in a tough game against Jefferson City, the girls soccer team lost 2-3 in extra time.
Although RBHS led 2-1 for much of the game, Jefferson City managed to score a goal with just two minutes left to tie the game and force extra time. The Jays eventually scored first in extra time, ending a closely contested game. Head coach Gary Drewing said even though the team lost, it played very well against a very good team.
“It was our best team effort of the season and we played well enough to win,” Drewing said. “Jefferson city is a very good team and against good teams you need to stay sharp the entire 80 minutes. We had a few short mental lapses and they took advantage of them.”
Senior forward Katie Cook said despite the loss, the team did well with passing the ball around and keeping their formation. However, it would not be enough to defeat JCHS, with most of their shots missing the goal. RBHS did not capitalize on their chances the same way JCHS did. Cook said that the team still grew despite the unwanted outcome.
“We didn’t get the outcome that we wanted but we are definitely building as a team,” Cook said. “I think right now we need to work on defense and working it out of the back, passing to feet.”
Senior midfielder Reilly Strong said the team will simply learn from their mistakes and turn them around to success. Strong said that although the team lost, they are moving on to the next game and taking away from the loss just what they need to work on. Strong believes one thing that could be improved was losing marks when on defense, which allowed JCHS to make their comeback.
“This is nothing but a learning experience,” Strong said. “Both teams came out so hard in that game. I’m hoping that we can work out the kinks tomorrow in practice and come out on top on Wednesday.”
By Derek Wang