How did smartphone affect teens’ lives? 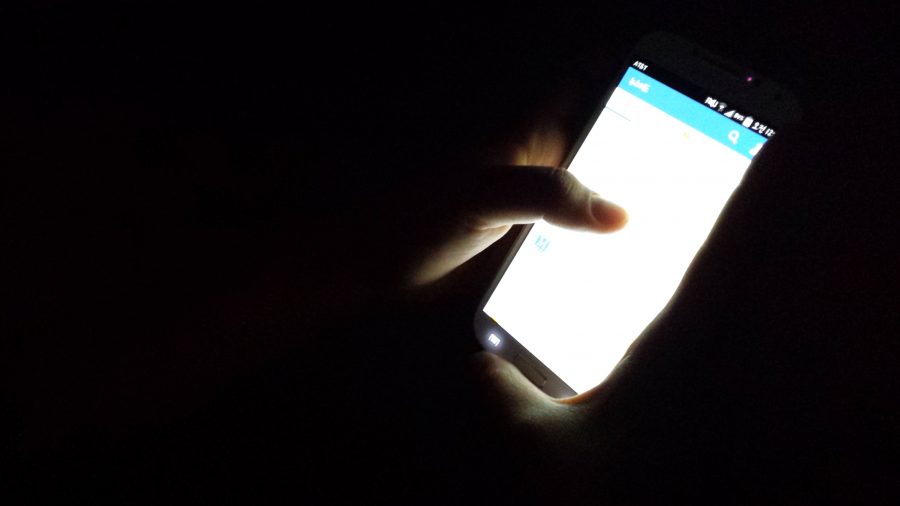 With every passing day, technology is overtaking people’s lives especiallythrough smart phones. According to Mobile Services, Global out look’s statistics, more than 300 milion people have phone.  As smartphones are popularized, people’s life quality becomes better. People do not have to spend time searching vocabulary in the dictionary, finding recipes, printing out paper map out and even ordering food by smart phone application.

However, popularization of smartphones has brought not only advantages but also disadvantages. According to a WebMD Health and Balance survey, 70 percent of respondants said they check their smartphone within an hour of getting up; 56 percent check their phone within an hour of going to sleep, and 44 percent said they would experience “a great deal of anxiety” if they lost their phone and could not replace it for a week.

Significant number of people use their phone about an hour before they they fall sleep which encourage insomnia.

Ji Young Kim, a junior, said she does not have smart phone as other most teenagers do.

“Honestly, I feel frustrated when my friends only focus on their smartphone while they are with me because I think they can spend time with me and develop our friendship but they just spend their time unusefully,” Kim said. “I know smart phone makes people’s life better but in my opinion, smart phone made people’s relationship worse.”

Phone addiction also impacts school life. Student started focus on smartphone instead of focusing on class so that teachers suffer the headache. Estaban Pedraza, a Spanish teacher a here worries about the amount of time students spend on their phones.

“I know the smart phone is a really great invention, and I encourage students to use it when they need to do something such as searching Spanish vocabulary or calling their parents,” Pedraza said. “However, many students is distracted with their phone during class. I always ask them to put it away but if they ignore me I have to choose my last decision which is giving detention or referral.”

Luis Mendez, a sophmore at Rock Bridge high school received a humongous challenge during his Bruin Block which was not touching his phone during ten minutes. His Bruin Block teachers told him that it is Tap project which UNICEF promotes. They also told him that If he does not touch his phone during ten minutes, UNICEF donates one day of water to children who suffers from death due to dirty water or dehydration. Even the purpose of not touching phone was significant and meaningful, leaving phone alone was not that easy.

“I felt frustrated and disconnected with everything. I wanted to search some words but I could not. The advantage that I get from smartphone is connecting and communicating with people by SNS,” Luis Mendez described.

However, abandoing phone was not that hard as Luis expected.

“I gained more opportunities to communicate with my real life friends,” he said. “The one of biggest advantages that I can get from smartphone is communicating with my friends by SNS but I realized talking in real life is much better than contacting on SNS world.”