RBHS to host What if…? Conference 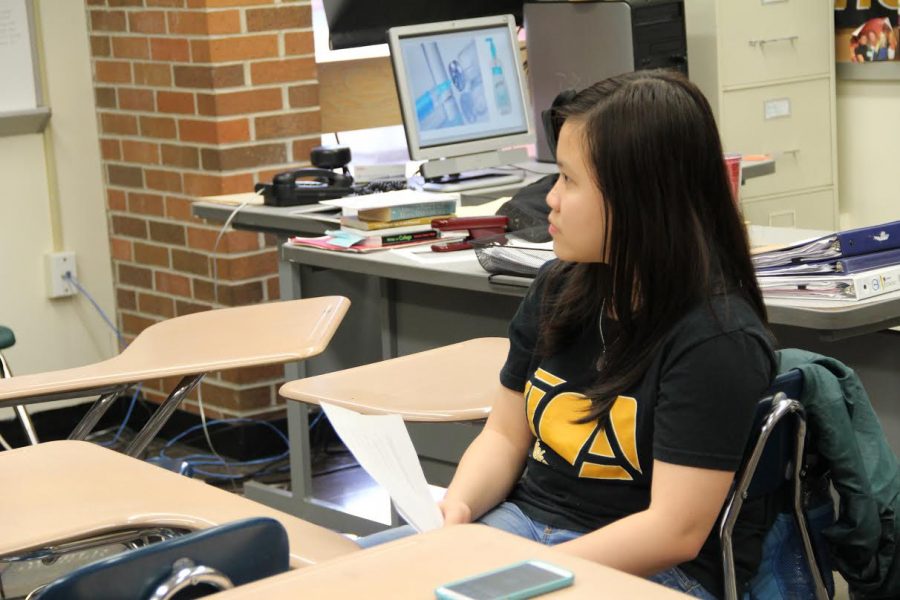 As best stated in the film “Letters to Juliet,” “‘what’ and ‘if’ are two words as non-threatening as words can be. But put them together side-by-side and they have to power to haunt you for the rest of your life.”

While those two words can indeed lead onto a road of regret, the What if…? Conference is showing the flip side of ‘what’ and if’; the chance for ideas to be born, a time to let curiosity run free and an opportunity to change the world. The Future Problem Solving team of RBHS will be hosting their very own What if…? conference in the PAC on Monday, March 17.

This four-hour conference, lasting from 5 p.m. to 9 p.m., is the result of a two-year endeavor to address the problem of the inefficiencies of our education system that ultimately makes school a less than pleasant task.

In 2011, students from Oakland and West Jr. High formed a group called Project C.R.E.A.T.E., an acronym for Collaborative Revival of Educational Activities Through Enquiry, with the purpose of increasing creative thinking in education. This group attended the Future Problem Solving international competition where they had to identify and address a real world issue in the Community Problem Solving event. Choosing to address the problem that “school can be boring,” they began developing a solution to face this problem.

Project C.R.E.A.T.E. members found their solution in the What If…? Conference. An organization that was formed on the campus of Westminster University, the What If…? Conference’s goal was to “provide a TED Talk atmosphere of creativity and innovation, that was accessible to everyone regardless of age, or occupation,” Matt Leuchtmann, teacher sponsor of FPS, said.

The What If…? Conference is “focused on exploring creativity through curiosity and collaboration,” Leuchtmann said, “call it synchronicity, fate, Kismet or chance, but our members immediately recognized that a partnership with this group would serve as an excellent solution to the problem we’d chosen to address.”

Finally, two years after discovering the What If…? Conference and its potential, FPS is bringing innovation and creativity right to RBHS.

The conference will begin with a meet-and-greet from 5 p.m. to 5:30 p.m. Afterwards, presentations will begin with a animated video made by freshman Dzung Nguyen explaining the history and the goals of Project C.R.E.A.T.E. and then continue with the What If…? presentations of four groups; Nguyen and sophomores Alice Yu,  Clayton Warder, Stephanie Kang and Abby Kempf, along with Leuchtmann.

In between every student presentation, there will be a 20-minute breakout session, where attendees “work together to form ideas and what if…? questions inspired by the previous presentation,” Nguyen said.

“The powers of teamwork and creative thinking that these breakout sessions give their participants are so effective,” Nguyen said. “I became so much more confident in terms of forming ideas and sharing them. Before I was very shy and always doubted the possibility of my ideas.”

Presenting the question, “what if injuries were permanent?” Warder attempts to demonstrate how the habits of our society are already treating injuries as if they were permanent.

“I’m trying not to do the simple, basic, ‘Well, we’d all die,’” Warder said. “I want to go more into what’s actually happening right now that is kind of working to that effect, such as the extreme protectiveness of our society that we have over our children so that we’re holding them back from reaching their full potential for fear that they get hurt.”

As one of the presenters of the What If…? Conference, Warder is not only delivering food for thought, but also absorbing the creativity the conference hopes to stress.

“I’d like to think at least, that it has helped me think a bit more critically and creatively about what chain of events could happen,” Warder said. “It’s just doing something as simple as asking what if injuries were permanent and if we had no way of having injuries heal themselves and seeing what it can do to society.”

With the goal to inspire the creative thinking needed in our education system, the What If…? Conference presenters are aiming to spark the creativity fuse of attendees. The school district even sees it as so beneficial as give in service credit to teachers that attend.

“We hope not just students, but everyone involved will walk away with a better understanding of their own creative capabilities,” Leuchtmann said, “and they’ll be inspired to explore their creative potential even further.”

At the conference, meals consisting of a slice of pizza, a water bottle, and chips will be sold for $3 and donations are accepted. All profits will go towards FPS’s trip to the Future Problem Solving Program International Conference in the summer.

This event is free of charge, but interested attendees can pre-register at: