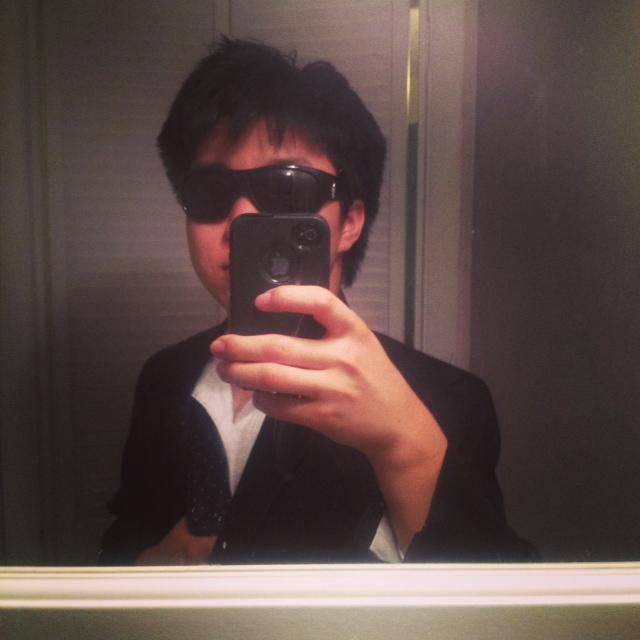 Jay Whang
I can’t remember the last time I went to a funeral, but there was one event that relates to one I went to more than five years ago. This event was my late grandfather’s jesa, a Korean veneration ritual usually held on the anniversary of the ancestor’s death. As I can remember, it was like a little family reunion, but in a bit more grim kind of way. Nobody talked much, and everyone took turns bowing in front of jesasang – a shrine on top of a wooden table.
Even though I don’t remember the time with my grandfather, when I bowed in front of my grandfather’s picture, I felt a sense of honor and respect for him. I felt even more respect and honor for him when everyone turned off their cellphones as to not send any text messages.
But then, I heard of this ongoing trend on the internet about teenagers taking narcissistic self-portraits, or selfies, at serious places like funerals.
Fast Company editor Jason Feifer started the ‘selfies at funerals’ phenomenon by building a collection of funeral selfies images he found on the Internet. Feifer had previously experimented with a similar concept through “Selfies At Serious Places,” which highlights various selfies taken in inappropriate places or circumstances.
This ongoing social phenomenon disgusted many people on the internet, and resulted in individuals calling these teenagers “disrespectful,l” “cringeworthy,” “disgusting,” and “stupid.” It’s pleasant to see these users showing their concern for humanity especially in a pessimistic nature of the internet culture. The most offensive response received was the Lizzie’s Post of Emily Post’s Institute, an etiquette advocacy organization.
When CNN interviewed Lizzie Post, a great-great-granddaughter of the co-author of Emily Post’s Etiquette 18th Edition, about this latest funeral meme:
“I’m kind of grossed out by the fact that people are turning funerals into selfie photo shoots. I know some young people who have never been to a funeral. There are only a few of them we got to in our lifetime, and I think that’s one reason why you see this type of behavior.”
I can see why Post was offended, but others, like Tracy Clark-Flory, thought it is better to transgress the cliched expression of funerals. In her article on salon.com, in defense of funeral selfies, people taking smiley faces at funeral are making an “attempt at chasing the feeling of being fully alive.” She also argued that selfies are how we make ourselves real, to ourselves and to the outside world, and reminder of how we still exist.
I searched for another defense article, A Passionate Defense of Selfies at Funeral, written by a real-life mortician Caitlin Doughty, which argued this selfies meme as a scathing social commentary of our tragic engagement of death. Which makes sense considering how young adults these days drive in middle of the night with an alcohol beverage in one hand shouting “You Only Live Once” as James Bond diving through the empty, dark pit of death.
Jason Feifer himself is not impressed with this phenomenon too. When Doughty asked him if he spends his time trolling the pictures, he replied:
“I definitely don’t! Boy, that would be creepy. It started, really, at the Anne Frank House: My wife and I were there in August and observed how people very awkwardly photographed themselves there. They knew it didn’t make sense, but couldn’t stop themselves from the compulsion to self-document. I wondered if people ever take this to super inappropriate levels, and I made a note to myself to poke around once I got back home.”
He also sympathized the teenagers at the funeral: “who knows—maybe posting selfies at funerals is a helpful expression of grief.”
For me, it is a grave mystery, whether the internet and its social networking websites made us to distance ourselves with reality. I imagined in the future, if these teenagers continue this practice, they could create makeup tutorial videos of how to make our elders beautiful on YouTube, then take Instagram with hearty layout together at their burial and reminisce the past time we are alive like robots. The first time we touched our older relatives and felt their deepest love, or watched George Carlin stand up video together and laugh, or remembered at backstage of high school production of Sophocles’ play.
You know what’s great thing about the happiest moment in funeral? You don’t have to bring flowers. Usually, they are already there with your past love one.
Jay Whang
Delete Image
Align Left
Align Center
Align Right
Align Left
Align Center
Delete Heading