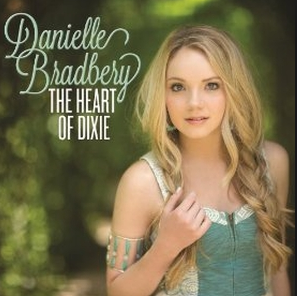 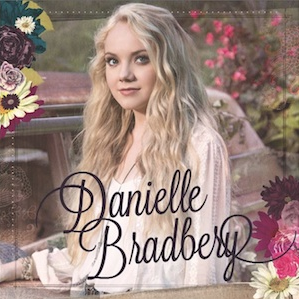 Danielle Bradbery, winner of “The Voice” season 4, has a flawless voice. She hits all her notes perfectly, and has the perfect smooth voice that America fell in love with. Yet even with this mastery of vocals, the self-titled debut album from the Texas teenager was a disappointment.

Nearly every song was a typical country tune and lyrics. They are each so generic that they fail to make any impression. The track “Young in America” exemplifies this generic feel perfectly. Bradbery sings “Whoa-oh, oh, oh, ready set go, Gotta get out of this small town, Whoa-oh, oh, oh, the open road, Air to breathe, the sun is shining down, Oh whoa, it’s you and me.” Forgettable and overused lyrics masked by her incredible voice.

And while her voice is great, it lacks emotion. Bradbery fails to take any risks while singing. She stays within her own range and sits there comfortably. Perhaps this is due to the fact that her songs were written for her and not her own heartfelt creations.

The deluxe album even contains four covers from the popular singers Carrie Underwood, Sara Evans, Pam Tillis and Jessica Andrews. The covers were of classic country songs such as “Jesus, Take the Wheel” by Underwood. She got lots of practice singing covers on “The Voice,” so the covers were done very well. But after seeing Bradbery cover songs for a whole season, it seemed dull to listen to more of them.While one or two covers in an album is fine, it seems excessive to have four on a debut album.

Bradbery’s most popular song is “The Heart of Dixie”, and while it shows a bit more range and emotion than her other songs, it is still not a memorable song. It tells the story of a stranger named “Dixie” who bravely leaves her alcoholic husband, hardly something a single 17-year-old girl can relate to.

The songs lacked emotion because they were not about Bradbery’s life or her experiences at all. They told ordinary stories that any singer could tell, but stories mean nothing without emotion behind them. It’s difficult to quantify what makes songs unique or distinctive, but it is obvious that these songs are cookie-cutter melodies and lyrics. The album is nothing special. I believe Bradbery is highly talented, likable, and has lots of potential, but this album does little to show what she can really do. I hope her future albums can be more about Bradbery and her experiences. Everyone has their own stories to tell, and it would be better to hear Bradbery’s own stories rather than songs written by someone else, about someone else’s life.
By Sophie Whyte