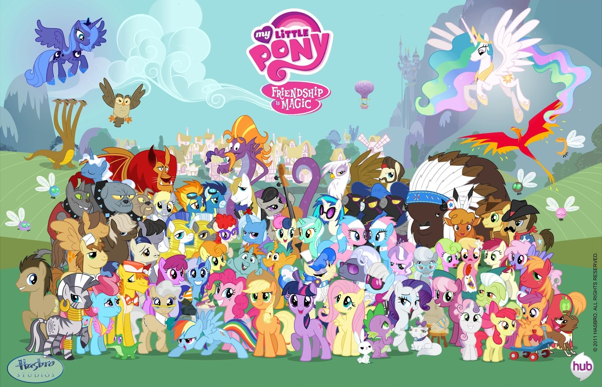 Used under the fair use doctrine.

Since the show first aired back in 2010, nobody had expected to see the growing periphery fandom of the latest My Little Pony reboot, thanks to its mature writing by a children’s show standard. “My Little Pony: Friendship is Magic” became one of the current animated series, like “The Legend of Korra”, that reminds us that we are not too old to watch saturday morning cartoons.

After the show’s developer Lauren Faust, who is also the storyboard artist for her husband’s show, “The Powerpuff Girls” left the show, fans were worried whether the show would go downhill or jump the shark. And it did a few times, with the most notable moment that bothered some fans being the mid-season finale where the main character, Twilight Sparkle, ascended as the alicorn (unicorn with wings) princess of Equestria.

That being said, the premiere episode of the fourth season proves that the show is still as strong as ever, and it opened up with new exciting possibilities behind the mythology of the show.

The episode starts where the season 3 finale left off. Our main heroine, Twilight Sparkle, is still learning how to fly with her new wings. Now as a princess of Equestria, she isn’t satisfied because her Ponyville friends visited her just before the Summer Sun Celebration.

That next day, Twilight’s mentor, Princess Celestia, disappeared along with her sister Princess Luna, causing Equestria to have a half-day and a half-night. Even worse, the Everfree Forest went out of control and conquered Ponyville with thorny vines. Trying to figure out what’s going on, there’s only one clue that can solve this problem: the tree of harmony.

What made this premiere episode effective is how creatively the story was told. The episode uses flashbacks to present the world of Equestria’s darkest pasts, including the regime of Discord (voiced by Star Trek alumni John de Lancie), and gave its connection to the tree of harmony. It makes the viewers want to know how this sinister event could happen in a seemingly peaceful world.

But as two-part episode, the pacing is a little quick. Usually, the longer episodes take the time to explore the dynamic within Twilight’s group and their progress to the goal. This one, on other hand, seemed like the script writer, Meghan McCarthy, wanted to get to the point quickly by sacrificing Twilight’s progression.

The animation is better than before, especially the past battle between Princess Celestia and Nightmare Moon, the villain from the very first season. Compared to previous fight scenes, the animation’s energy made the battle scene more exuberant (which also gave a shout out to Harry Potter’s first round of Triwizard tournament).

Overall, what made this show most intriguing is that the writer left the one little mystery at the near end of premiere episode, which made fans speculate about many possibilities behind the mythology. Whether this kind of show is your cup of tea or not, it’s still impressive how well-executed the show is, and its ability to appeal outside demographics.
By Jay Whang