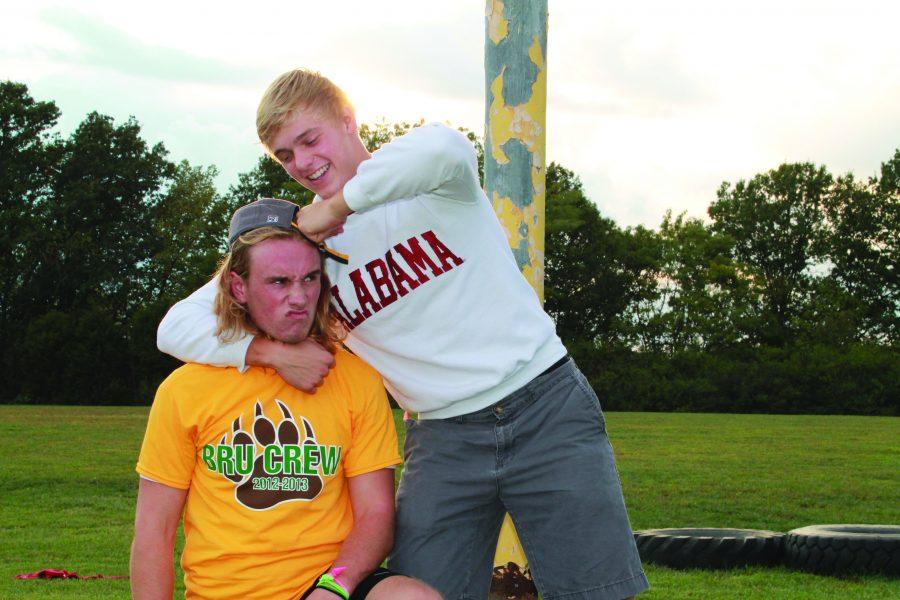 Hagar Gov-Ari
Home football games are social events that showcase school spirit and student unity. After the hype of a win or the letdown of a loss, the school-sponsored night comes to a close and exhausted fans make their way out of the stands.
The inviting atmosphere will change this year, from sweaty RBHS gear to ties and high heels for the homecoming football game. On Friday, Oct. 12, Student Council will host the homecoming dance right after the game, as opposed to Saturday night. Instead of having a comfortable, leisurely post-game environment, students who wish to attend the homecoming dance will walk immediately to the school, where the dance will be held from 9-11:30 p.m.
Despite student protests, Athletics Director Jennifer Mast and Assistant Principal David Bones persisted with their decision to change the date from its original Saturday night to the Friday night of the game. This is because the Saturday night University of Missouri-Columbia home football game against Alabama State could cause safety hazards such as alcohol abuse, traffic predicaments and overcrowding.
Student Council had absolutely no say in the decision to change the date of the dance. Instead of coming to a student-represented conclusion, the athletics director and the assistant principal decided the matter for the whole student body.
The members of Student Council were elected to resolve student related problems. To have the decision concerning the dance made by the school and not by its representative body is a manipulation of the school’s promise of ‘freedom with responsibility’.
Attempting to keep the dance as normal as possible, the Student Council fortunately did have the power to choose the BruCrew theme, as this wasn’t a major decision involving the safety of students. Student Council elected to make the theme for this game formal attire. Students attending the dance will thus have the opportunity to conveniently transition from the game directly to the dance, which is still a formal event.
Although Student Council did decide the BruCrew theme and the theme of the Homecoming dance, the date of the events is just as important and the school should have left the decision up to the students.
If Student Council is supposed to be the voice of the student body, and that voice is vetoing moving the dance date, then this decision should be up to Student Council, since they are supposed to represent the opinions of the student body.
On top of the date change, the school administration bumped homecoming itself to the end of the season, so as to allow Hickman High School and RBHS to host the games on the same weekend of the parade. If the parade traffic isn’t considered hazardous, there should be no concern with the MU game; students will be no more nor no less responsible with their safety in parade traffic than college game traffic.
High school students should be given the benefit of the doubt. They can make sound decisions regarding traffic, transportation and safety without administrative babying. Moving the dance to the same night of the game only makes for a less eventful Homecoming and a less heard student body.
If the student council creates a scheduling committee, this problem could easily be avoided. This committee, just like all of the other planning committees, will be responsible for making scheduling decisions, because ultimately, this should be completely up to Student Council. After all, this is what these students were elected for–to make sound decisions that represent the opinions of the student body.
By denying the student council the opportunity to come up with a solution to school scheduling predicaments, the students at RBHS are being denied and ripped off of a chance to voice their preference. Student Council was created to represent students. ‘Freedom with responsibility’ is not really a privilege if there is only limited freedom.
By Hagar Gov-Ari
This is labeled as opinion on the desktop version.
Delete Image
Align Left
Align Center
Align Right
Align Left
Align Center
Delete Heading