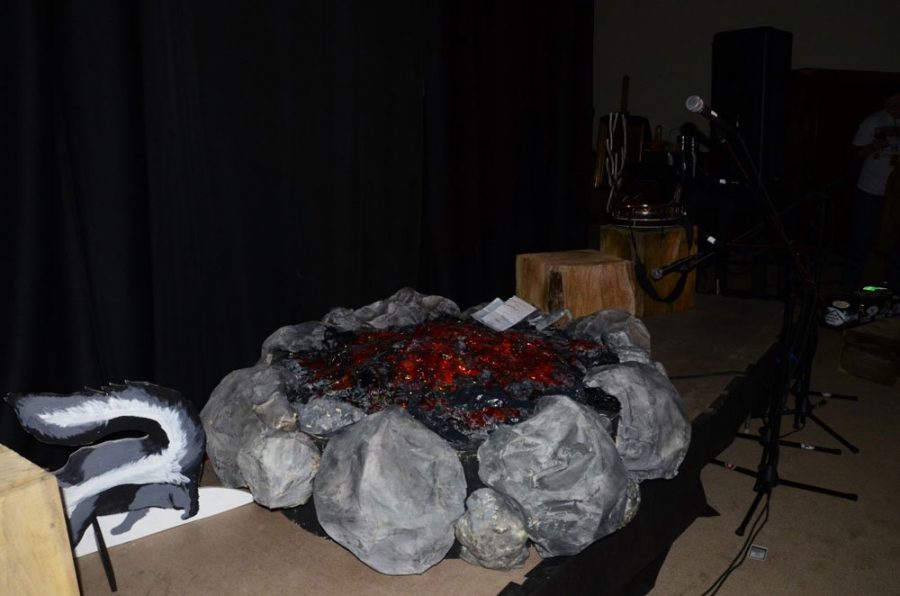 On the snowy evening of Friday, March 1, a small gathering of directors and fans took refuge from the cold in a quaint room on the upper floor of the Oddfellows building, to exchange the secrets of their films and the often vital scenes that never made the cut.

The annual “campfire stories” event included speakers Jarred Alterman, Sarah Gavron, Emma Davies and Steve James, all of whom directed films showcased at the 2013 True/False film festival.  Throughout the night, Josh Fox– director of the 2010 documentary gasland, introduced the guests while telling the story of his own “scene that got away”.

As the four directors took turns at the bench beside the faux campfire, they all seemed to agree on one thing: No documentary film can ever capture the whole story, and important pieces of the puzzle, in scenes not included or perhaps never captured on film, will nearly always be left out.  Their stories captured the audience, relaying scenes that slipped through their fingers, which they feel could have strengthened the stories which they told.

Gavron, director of “Village at the End of the World,” said that regardless of the amount and time and effort included in directing and producing a documentary, it is nearly impossible to paint the full picture for the audience.

“I think there are always pieces that are going to be missing,” Gavron said. “As a director, part of your job is to look at what to keep in, what to leave out, and then work out whether you need to go back and get these essential things.”

The “essential things” which Gavron spoke of were never included in her own documentary, and she asked that they be kept private outside of the campfire room.  Her moving tale touched the hearts of the audience, including True/False enthusiast David Dunstedter, who said the intense and moving nature of the campfire stories is what has kept him returning to the venue each year.

“This is my favorite event of the festival, because of the idea of the filmmakers telling the story,” Dunstedter said. “I’ve heard some very powerful, very meaningful things in these stories.”

Perhaps one of the most poignant and tear-jerking moments of the evening was when Davies stepped up to the wooden storytelling bench to share with the audience the difficult tale of the scene which never made it into her documentary film, I am Breathing.  It wasn’t a moment which she wished she and her filmmaking crew would have captured, but rather one she said she they wished they could forget.

The tape she spoke of sat in a shoebox under the edit suite, intentionally ignored by herself and her colleagues.  It wasn’t film which they had captured on their own, but which was taken by the family of her documentary’s main character, the day before he died.

Neil Platt, who the film followed for the final six months of his battle with Lou Gherig’s disease, recorded the final entry of his blog on this tape, expressing his desire to go into hospice care and filming what were essentially the last words he ever spoke.

With an emotionally pained expression upon her face, Davies spoke of this unused footage, which was too painful to include in the film, and for quite a long time, to even watch at all.  She said that despite the heartbreaking condition of Platt, who could barely breathe and was was choking frequently, his personality shined through these last few moments of his life, as he did things such as correct his wife’s punctuation and crack witty jokes.

Fox, who spoke earnestly of his own filmmaking experience and the scenes which he was never able to film, drove home the ultimate message of the night.  He reminded the congregation that as a director, you must recognize you can never go back in time to capture these vital moments.  Or, he said, in the words of Greek philosopher Heraclitus and the style of a moving documentary film, “you can never step in the same stream twice.”