Depth Charge: Nothing to Play? 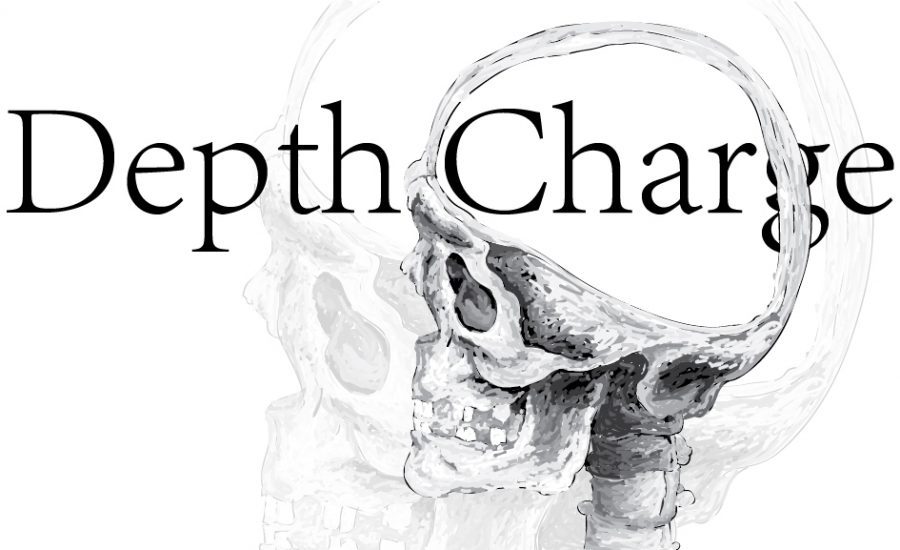 Adam Schoelz
I don’t know about you, but I’ve got ‘nothing to play’ syndrome. For those non-gamers out there, or those few that haven’t experienced this, it’s like opening up the fridge and finding it full of food, but nothing is appetizing. Eventually, you get some greek yogurt and granola but you AREN’T HAPPY ABOUT IT.
So I game on PC — based mostly off of Steam with the exception of Far Cry 3, which has to run through Ubisoft’s silly UPlay Steam clone, and I’ve found myself dissatisfied with my current selection of games of late. I open up Steam and I look at the list and I say — I don’t want to play Shogun 2, it’s too stressful. I don’t want to play Garry’s Mod, the mods are too much of a hassle even with Workshop. And heck, I haven’t touched Skyrim in months. Deus Ex is currently abandoned. I still haven’t beaten Far Cry 3. And though I bought Fallout 3 GOTY during the Christmas sale, the mods, particularly the Fallout Overhaul Kit, have left me wanting for a crash-free game.
So I’ll compromise and play a 24/7 Oasis server in Battlefield Bad Company 2, but I’m NOT HAPPY ABOUT IT. At least until I blow a building up. That’s always fun.
Anyway, I think it’s weird that I have so many games that I don’t want to play. It would make sense with books or movies, except that I love rewatching movies and rereading books and games are supposed to have longer usable lives anyway. Also, while I’m on the subject, read Joe Abercrombie’s The Blade Itself, and the three standalones after it. It’s the best fantasy. That’s right, better than Game Of Thrones. But I digress.
I began to cast about for a solution — a new game, something to reinvigorate my creative juices and let me see my current library in a different light.
I found a couple of things.
First, mods for Grand Theft Auto 4. I picked up Episodes From Liberty City, which includes Lost and Damned and the only version of GTA4 worth playing, The Ballad Of Gay Tony, during the Steam Christmas sale along with Civilization V and Fallout 3. The vanilla game is good, but I’ve played to death on Xbox and PS3 already — GTA being one of the best games to play with friends to see who can launch farthest off a motorcycle in a head-on collision. But there are mods on PC that make it a whole new game. For instance, the first person mod. Or if insane graphics are your thing and you have i7s to burn, try out the iCE Enhancer mod, which WILL make your eyes bleed and perhaps convince you you are living in the Matrix, at least if you’re standing still. But the best one by far is the simplest — Simple Trainer. The video doesn’t really do it justice. It adds all sorts of cheats — teleporting, weapon unlocks, slow mo, a gravity gun that can throw cars for blocks and perhaps most importantly, the ability to set the nearest pedestrian on fire with O + Num2. What more could you want?
Something apparently, as I’ve still been wanting for games. So at the end of the month I went analog. That’s right. Tabletop.
There are two things I’m gonna plug here. One is Pathfinder. You’ve probably heard of Dungeons and Dragons, the seminal Role-Playing Game Experience. Pathfinder is that but better. Basically, everyone decided that the 3.5 version of DnD was great, but really, there were some things that just needed fixing. Feats were boring, polymorph spells were crazy and combat maneuvers were needlessly complicated. If that sounds like a load of gibberish, don’t worry about it.
Basically, the advantage of a game like Pathfinder is that the limits are within your own head. For instance, in one of my adventures in Pathfinder, we were being chased by a baron for helping his werewolf daughter escape with a local monk, another werewolf. As he and his posse rode us down and we were surely doomed — calvary is not the kindest of encounters — the baron yelled ‘What are you doing!?’
My friend, a half-orc and perhaps the least charismatic character in the party, said in reply ‘What are you doing?’ and rolled perfectly. The baron proceeded to have an on the spot existential crisis, and we got off scot free without a fight. That’s the advantage of tabletop games — the complete malleability of any situation. Want to quest? Quest. Want to become a famous musician? You can do that. Want to set every chicken in the town on fire and force the mayor to pay you in Trident Layers to put them out but then light him on fire? You can do that too, but only if your DM — dungeon master — is very, very kind. Otherwise he’ll probably just kill you.
If that all sounds hopelessly intimidating, as Dungeons and Dragons and its derivative games are famous for rulebooks forged from Neutron Stars, just find an experienced player and ask them for help. I haven’t met a tabletop snob yet, at least in person.
The other game is a one-shot free RPG from here. It’s basically a Twilight-Zone inspired romp where the Dungeon Master is the government and is trying to replace the players with pod people. The players, once replaced, must help convert the other players. It’s a very tense don’t-know-who-to-trust scenario and makes for some great fun among friends. It can be played in about 3 to 4 hours, unlike Pathfinder which takes months, and in that respect it’s almost more a board game than an RPG — albeit one that engages in competitive storytelling. Best of all, it’s free! Also Pathfinder’s free but it’s a bit more intimidating if you haven’t played a game like this before. But seriously, try it out. It’s so much fun.
By Adam Schoelz
Delete Image
Align Left
Align Center
Align Right
Align Left
Align Center
Delete Heading