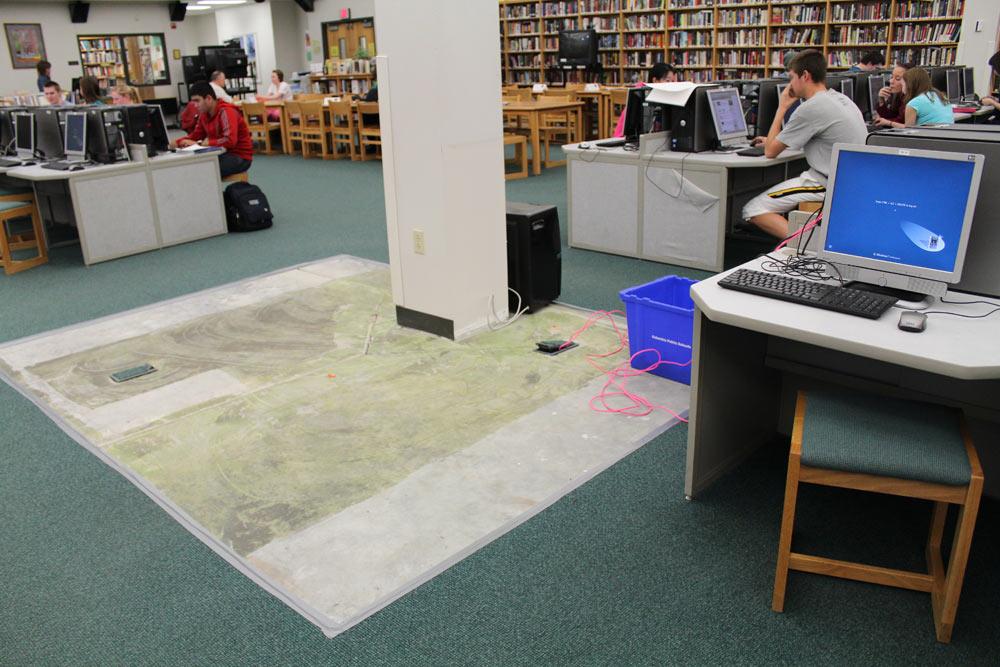 The start of something new: The media center will be moving to bring in couches for an online classroom area. Photo by Theresa Whang

The counters in the middle of the media center disappeared Friday, Feb. 24. The area in which they stood will be built into an area for students to relax and surf the internet, Dennis Murphy, media center specialist, said.

“Our plan is to create a place for students to use wireless devices whether they’re from home or one they get from us,” Murphy said. “And we’re going to make some areas where people can plug in and charge and they’ll put carpet down there, and we’re hoping to get some couches, make a little sitting area similar to this, but maybe a little more laidback and comfortable.”

Some students say they welcome the change in environment and look forward to the opportunities it offers.

“I study better whenever I can lounge around and sit on the floor,”  senior Ellen Thieme said, “so I think it’s really neat that they are having that option for students with laptops.”

While the idea of the lounging area was to make parts of the media center inviting, senior Nora Mavarkis isn’t particularly impressed.

“I think it’s unfair because a lot of people are going to try to race over to it,” Mavarkis said. “It will disturb the peace in the media center. Why do we need couches? Someone’s just going to lay down on it. They’re unnecessary.”